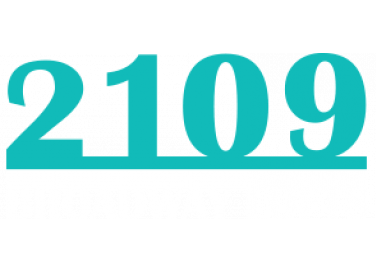 DALLAS, TX -- Lincoln Property Company was named as a Best Places to Work in North Texas...

The National Apartment Association announced the winners of its annual awards program on May 5, 2014 in Arlington, Virginia where the association named the LPC-managed community, Highgrove, as...
Read More
Apr 28 2014

DALLAS, TX-- Lincoln Property Company, the second largest apartment firm in the US,...

The groundbreaking ceremony for The Reserve at Tinner Hill, located in Falls Church, VA, was held on April 8, 2014. Elected and government officials and project representatives were in attendance....
Read More
Apr 07 2014

A new apartment development will be emerging in our Mid-Atlantic region in 2014. The Reserve at Tinner Hill, located in Falls Church, VA will host its official groundbreaking ceremony tomorrow,...
Read More
Apr 07 2014

Congratulations to our hardworking San Antonio Housing Authority communities for their 2013 honors and awards. Your dedication and loyalty to your community and your neighborhood is commendable!...
Read More
Feb 16 2014

How to Organize Your Closet

We recently published a new infographic with tips on closet organization. Please click HERE to visit our...
Read More
Sep 23 2013

Make the Most of Your Space

Lincoln Property Company is excited to announce its partnership with Capture the Market and their latest video project, Make the Most of Your Space (MTMOYS). MTMOYS is a new online video series...
Read More
Sep 17 2013

Communities for the Cure 2013

Lincoln Property was recently named the top management company in Atlanta for number of apartments under management in the city. Check out the list here:
Aug 14 2013

Rainmaker LRO recently published a case study about its close engagement with Lincoln Property Company to create reporting that could clearly show the benefits of revenue management to asset...
Read More
Jul 29 2013

Apartment Finder Teams Up With Capture The Market On New Online Video Series, "Make The Most Of Your Space"

We're excited about Capture The Market's new "Make the Most of Your Space" concept and the opportunity to participate! Watch out for the LPC video coming soon! Click
Apr 26 2013

Website Marketing Award for the Woodmont Place at Palmer

The Apartment Association of Central PA held its annual Best of Living Awards on September 27, 2012. At this year's ceremony, The Residences at Seven Gables and Woodmont Place at Palmer were...
Read More
Sep 25 2012

Arizona State University is preparing for a major expansion at its SkySong Innovation Campus in Scottsdale this month. In partnership with Plaza Cos. and USAA Real Estate Co., the university is...
Read More
Jul 26 2012

The Dallas Business Journal recently announced the honorees for their 2012 Best Places to Work awards. LPC is proud to make it's first appearance on the list in the Large Companies category!
Jul 11 2012

Community Builders and Remodelers Association of New Jersey held their annual 2012 Awards of Excellence on June 14, 2012. At this year's ceremony, Woodmont Properties and Woodmont Place at Palmer...
Read More
Jun 19 2012

Lincoln Property Company was honored during TIAA-CREF's Four Diamond Award Ceremony in Charlotte, North Carolina on June 5, 2012. Scooping up a total of 10 Four Diamond Awards in the categories of...
Read More
Jun 04 2012

NMHC Names LPC 3rd Largest Apartment Manager in the US!

Lincoln Property Company has recently advanced from the 4th to the 3rd spot on the NMHC 50 Largest Apartment Managers Rankings for 2012 with over 140,000 apartment units currently under management....
Read More
May 31 2012

The Avenue Hollywood, in conjunction with The Resmark Companies, Lincoln Property Company and The Hollywood Chamber of Commerce, hosted its Grand Opening and Ribbon Cutting Ceremony this month,...
Read More
Apr 10 2012

The National Multi-Housing Council released its annual ranking of top apartment firms in the United States last week. Lincoln Property Company pulled ahead from the #4 spot in 2011 with 133,425...
Read More
Mar 22 2012

The Apartment Association of Kansas City held their annual Crystal Merit Awards on February 18 at the Intercontinental Kansas City at the Plaza. Congratulations to the well-deserving Lincoln...
Read More
Feb 22 2012

This year's APEX Awards were overrun with nominations and winners from our Southern California Region! The 13th Annual APEX (Awarding Positive Efforts to Excellence) Awards ceremony was held at the...
Read More
Jan 13 2012

The Residences at Seven Gables sweep the 2011 Best of Living Awards!

The Residences at Seven Gables sweep the 2011 Best of Living Awards!

Each year the Apartment Association of Central Pennsylvania recognizes the efforts of apartment communities, management...

Flats 130 at Constitution Square in Washington, D.C. was recently named as the winning property for Delta Associates' 15th Annual Apartment and Condominium Industry Awards for Excellence in the...
Read More
Nov 01 2011

LPC is excited to announce its newest technological advancement, Lincoln Lease Online. This multi-phase project begins with the launch of an online application process at one of its premier...
Read More
Jun 20 2011

Lincoln Property Company has been selected for the SBCA's 2010 Best of Business Award in the Real Estate category!

Fred Chaney honored with the Lifetime Achievement Award by the AAGD (Apartment Association of Greater Dallas) on Tuesday, June 15th!

On Tuesday, June 15th, Fred Chaney was recognized with the Lifetime Achievement Award at the AAGD (Apartment Association of Greater Dallas) Officer & Board Installation Meeting at the Westin...
Read More
Jun 10 2010

If You're Moving, We Can Make it Easy!

LPC is proud to offer a free online moving resource for setting up your apartment utilities, Internet, television service and phone. You can also change your address online, get mover quotes and...
Read More
Nov 30 2009

Congratulations to the Glenview House team - they were named the Apartment Community of the Year by the Connecticut Apartment Association!
Read More
Nov 30 2009

Congratulations to Linda from Echelon at K Station in Chicago! She was named the High Rise Manager of the Year by the Chicagoland Apartment Association!
Read More
Sep 10 2009

Check out LPC's blog by clicking on "blog" in the left hand navigation of our website or by going to www.lincolnapts.com/blog. Now you can stay up-to-date with what is going on with LPC.
Read More
Sep 01 2009

Lincoln Property Company is proud to introduce The Goodwyn at Town: Brookhaven!

Lincoln Property Company is proud to introduce The Goodwyn at Town: Brookhaven in Atlanta, GA to our portfolio. Check out the community at www.TheGoodwyn.com.
Read More
Aug 20 2009

Lincoln Property Company is proud to announce the full rollout of our Resident Portal!

Lincoln Property Company is proud to announce the full rollout of our Resident Portal on www.LincolnApts.com. The Resident Portal allows our residents to pay rent online as well as submit a service...
Read More
Aug 20 2009